How long is now

On History of the Present 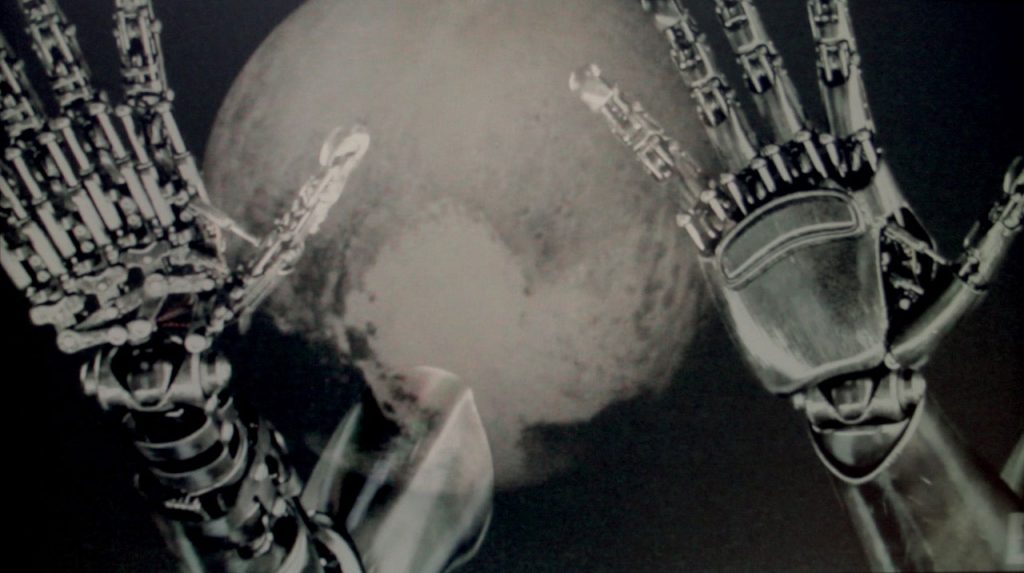 Laokoon in the spider web

The human being in the net, an image that is paradigmatic for the entire work: Laocoon, the warner in front of the Trojan horse, as a sculpture he is already constricted by the snake, the snake connects him with his sons, together they form an ensemble of powerlessness. The warner in front of the poisoned gift of the future repeats what Pandora’s box has brought over mankind. The future that points out from this present holds dangers and hopes in equal measure. In HOW LONG IS NOW the spider’s web appears in a variety of ways. It is the imperial railway network that spreads colonialism, it is the data cables that lie in the sea between the continents, it is the algorithms that dominate trade and stock exchange, it is the gps system, the face recognition software, the distorted maps of the world. The human being in it struggles with his mortality, struggles with language, the concepts that shape thought and action, struggles with morality and struggles with its expansion in the technosphere. The film makes shameless use of the image reservoir of the twentieth century, casually quoting the history of the moving image and the history of its progressive virtualization. The image plane sometimes nestles close to the spoken narrative of the lectures, then again it expands the space of discourse, adds associations and situations, and networks itself with the heritage of the expanded present.

For four years I have been participating in this series of events and produced a series of short trailers for  cinema promotion. The clips are 30 second long experimental films in a stream of consciousness manner. With the visual archive that was created along these productions and the possibility to use the HKW archive, the idea arose to develop a full-length work from it. I wanted to create a space of possibilities in which questions about our present can be articulated, beyond the quickly googled answers.

list of lectures, used in the film
in chronological order